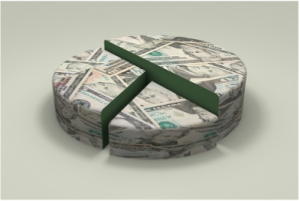 The President’s FY17 Budget: What’s In It for the Arts

There President is proposing increases for the arts in his FY17 budget!

Earlier this month, President Obama released his budget for FY17 which begins October 1, 2016. It contains his proposed funding levels for the federal government including:

There is also a request of $105.19 million for the Office of Citizen Exchanges at the State Department, $3.19 million more than FY16. This office operates international cultural exchange programs.

National Endowment for the Arts

The President’s FY17 proposal for the NEA is an increase of about $2 million over what he proposed for the agency last year. NEA funding reached a five-year high in FY16 at $147 million; the President’s recommended increase is an encouraging show of support for the arts in the United States.

The Every Student Succeeds Act identifies the arts as a “well-rounded” subject, making arts education programs eligible for funding via the new Student Support and Academic Enrichment Grants program. The President’s budget proposes $500 million for this program, which aims to improve academic achievement by increasing the capacity of states and school districts to provide all students with access to a well-rounded education.

Additionally, arts education programs are eligible for funding through the 21st Century Learning Centers program. The President’s budget proposes $1 billion for this out-of-school-time program which provides students with a broad array of services, programs, and activities–including the arts–that complement their regular academic programs.

The Office of Citizen Exchanges within the State Department operates international cultural exchange programs, including arts-focused programs such as American Music Abroad, Arts Envoy, and DanceMotion USA. The FY17 request of $105.19 million is the total amount requested for all of the programs within the Office of Citizen Exchanges; federal budgets do not indicate totals for the individual programs.

It’s encouraging to see proposals that would increase federal support for the arts. This is the start of the appropriations season; the House and Senate will draft their own spending bills, and the President’s budget is used as one benchmark in their negotiations.

PAA is advocating for the following in FY17 appropriations:

Stay tuned to PAA for updates on the federal budget process and opportunities to speak up for the arts during appropriations season. You don’t have to wait until then, though, to make your voice heard: visit the PAA Arts Advocacy Issue Center all year round to contact your lawmakers about the arts policy issues that matter to you.